* In case of any delay in receiving the OTP, you may verify it later. Please proceed without verification.

Enter your City name or Pincode

Ramanathapuram, also known as Ramnad is an urban center and a municipality in Ramanathapuram district in the southern state of Tamil Nadu.

Fondly called as Mugavai (Mugavai can be translated as face since the region is the point of entry for Vaigai River) in the local language of Tamil, Ramanathapuram is the administrative central office of the Ramanathapuram district. Located approximately 544 km away from the southern metropolis of Chennai, Ramnad is the second largest town in Ramanathapuram district, in terms of population.

Ramanathapuram is a historic city that reminds of Lord Rama and Ramayanam (the great Hindu epic) to many. There are no historical documents found pertaining to the age of this urban center, but it is believed that Ramanathapuram is as old as several centuries. The region was under the might of Ervadi Hazrat Sultan Syed Ibrahim Shaheed during the late 12th and early 13th century. Subsequently, the region was dominated by the successors of Hazrat Sultan Syed Ibrahim Shaheed till they constituted pacification with the Sethupathis.

The region was under various rulers from time to time before it fell into the hands of the British. The present day Ramanathapuram took shape from parts of Tirunelveli and Madurai territorial dominions, and J.F. Bryant I.C.S was appointed as the first collector. The British named the district as 'Ramnad' and the name remained after the Indian independence. Afterwards, the territorial dominion was named as Ramanathapuram.


Geography and Demography of Ramanathapuram

The geographic coordinates of Ramanathapuram is 9.38°N 78.83°E. The urban center has a mean altitude of 7 feet above sea level. The total area of the city is entered as 1,501.79 sq mi (3,889.62 sq km). The time zone of Ramanathapuram is IST (UTC+5:30). The Mugavai city is bordered by the revenue block of Tiruppullani to the south, the taluk of Bogalur to the west, the taluk of Nainarkoil to the north and the panchayat town of Raja Singa Mangalam (also known as R. S. Mangalam) to the east.

Rainfall in Ramanathapuram: The urban center primarily receives rainfall from the southwest and northeast monsoons (October to December and June to September)

The soil type present in Ramanathapuram is majorly alluvial grayish or pale brownish in color, and is of fine clay appropriate for agriculture.

Ramanathapuram is a municipality city in territorial dominion of Ramanathapuram in Tamil Nadu. For the purpose of effective administration, the urban center is separated into 33 wards for which elections are conducted every 5 years. 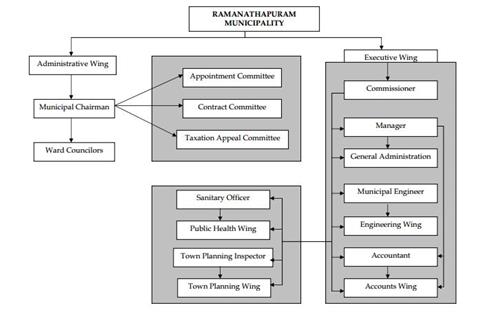 Some of the important utilities and services offered by the Ramanathapuram municipality include water supply, sewerage, drainage, street lighting, solid waste management, public conveniences and markets and so on. 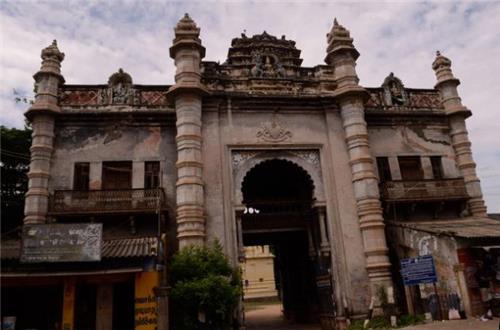 The primary tourist attraction in the city of Ramanathapuram is the Raja Palace. The historic Raja Palace is purely a symbol that reminds of onetime glory that fell apart over the course of time. The history of the region is seeming while the tourist visit the famous 17th century Ramnad Palace. A name board that is kept in front of the royal palace welcomes the visitors to the historic Ramalinga Vilasam. The palace constructed between the end of the 17th and early 18th centuries, has endured many violent storms -  both nature’s rage as well as wars succeeded and thwarted in this region. 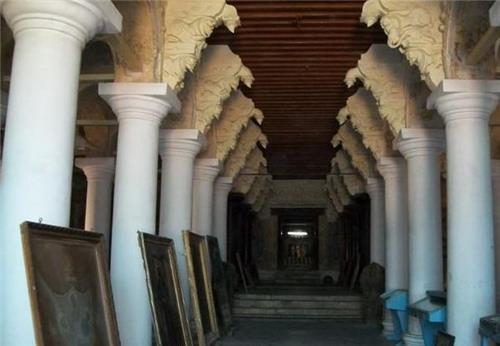 Ramanad Palace is the abode of the Sethupathy kings who governed the domain in the 17th century and were regarded the protectors of the Sethusamudram near Rameshwaram. The royal palace comprises of a private royal suite - the mansion where the present Sethupathy maharajah lives with his family. In addition, tourists can visit the temples and the durbar hall, which is converted as a museum and open for public these days. The magnificent durbar hall sends the visitors into the yesteryears. Painted in an achromatic color of maximum lightness, massive columns holding the lowest support structure rather solid, the durbar hall is a authentic depot of artilleries. 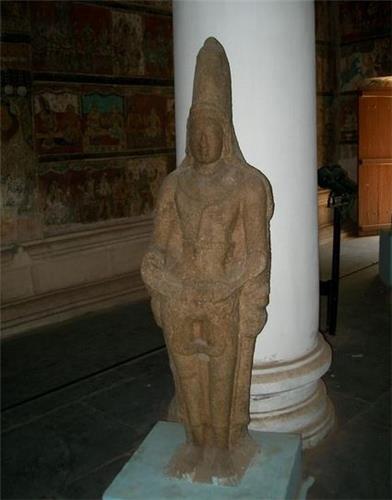 The Marathas, the Nayaks, and the British - the large collection of paintings hijack the visitors into a whole new world of assorted dynasties and accounts of their fragile friendships and conflicts. Every nook and corner of the royal palace is painted and the walls here portray the various art forms that were celebrated those bygone days. Empathizing the history and traditions of the illustrious Sethupathy Kings will be a memorable experience for the visitors. 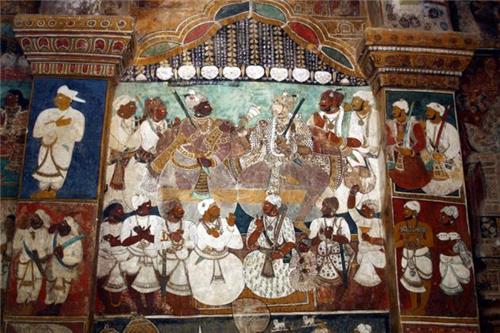 The Ramanathapuram Raja Palace is a treasure chest not just for history lovers and archeologists, but even for a layman who will find himself absorbed by the marvels of age-old architecture and heritages. The incredible and prodigious fort complex can never be fully explored by a single visit, nevertheless for those who enter the palace; the celebrated ‘Ramalinga Vilasam’ extends itself in a magnificent manner. 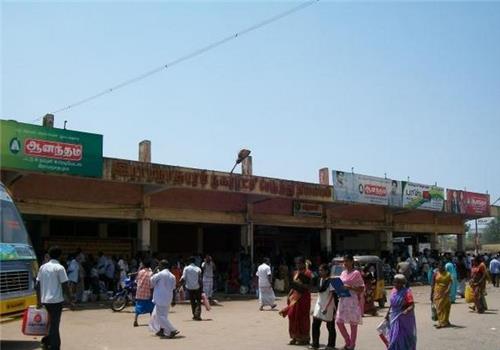 Ramanathapuram is situated about 69.59 miles, south east of the temple town of Madurai on Madurai-Rameshwaram National Highway (NH-49) and a State Highway connecting Tiruchirappalli, Karaikudi, Madurai and Thoothukudi. Ramanathapuram has five major roads diversifying from the key area of the city to the nearby towns and cities viz. Rameshwaram, Paramakudi, Nainarkoil, Devipattanam and Keelakarai.  The Madurai-Rameshwaram National Highway and State Highways, (Devipattnam Road) are well-kept by the Highways and Rural Works Department.

The town has two bus stands, they are:
The new bus stand is an ‘A’ category bus stand where inter-city buses are regularly operated. The old bus stand is used for both town buses and inter-city buses. Furthermore, the Manamadurai - Rameswaram railroad line passes across the southern end of Ramanathapuram.

Comments / Discussion Board - About Ramanathapuram